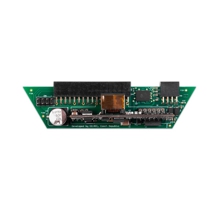 The MOX PoE add-on can be used to provide power to the Turris MOX router over Ethernet without having to use a separate power cable. It connects to the MOX A (Basic) module which is part of all MOX configurations. It is compliant with IEEE standards 802.3at and 802.3af.