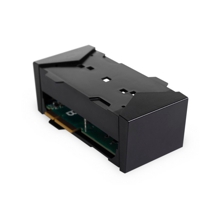 Key features of the MOX B (Extension) module

MOX B allows you to add more hardware to your configuration. It contains an mPCIe slot for a compatible Wi-Fi card, disk controller or LTE modem. If you choose to install an LTE modem, the MOX B features a SIM card slot that you can use. If you use Wi-Fi networks, we recommend using the original MOX Wi-Fi add-on (mPCIe) which can deliver significantly higher speeds than SDIO Wi-Fi.

There can be only one MOX B module in the configuration; the PCIe bus is terminated there. For this reason, the MOX B cannot be combined with MOX F. If you need a module with the same parameters but with PCIe signal passing through, choose MOX G.

This module can be used only as an extension in a set. You will need at least MOX Start. MOX B is included in the MOX Power Wi-Fi and MOX Classic sets. If youre combining it with other modules, make sure they are compatible.